As we announced last week, lidar data for the whole Lake Tahoe basin are now available via OpenTopography. Over the past week this dataset has seen a quite a bit of traffic, with over 160 jobs run (10+ billion points processed) by more than 50 unique users. However, our experience indicates that a large number of people just want to look at these data, and processing point cloud data to DEMs is clearly not the most efficient way to go about this. So, as I've done in the past for many of the larger datasets OpenTopography hosts, I ran the whole Tahoe Basin dataset through a routine to generate lidar derived imagery (hillshades and "slopeshade" images) that can be viewed in Google Earth. The resulting KMZ file can now be downloaded via our Lidar Derived Imagery in Google Earth page.

The file provides access to four layers of imagery, all at half meter pixel resolution: 45 and 315 degree sun angle hillshades of the hydro enforced bare earth grid, a slopeshade of the hydro bare earth grid, and a 315 degree sun angle hillshade of the highest hit (vegetation, buildings etc) surface. See images below for an illustration of the four imagery layers.

Once you download and open the KMZ file in Google Earth, the imagery is streamed from OpenTopography servers at San Diego Supercomputer Center to the Google Earth client for viewing. This is a large dataset (~14 GB of imagery) so initial display of the imagery can be sluggish, especially if your internet connection is not great. As you browse the data Google Earth fills its cache, and browsing speeds should pick up.

This set of imagery took somewhere in the neighborhood of 96 hours of time on my workstation to generate. But it is an excellent method for reducing an otherwise massive dataset down to something that is relatively easy for anyone with a computer, a network connection and Google Earth to access:

So, through this approach a 325 GB dataset is reduced to something small enough to be delivered dynamically across the network to users with a widely available, free, and familiar and intuitive client. It is important to note that the Google Earth imagery layers are not meant to be a substitute for going back to the actual elevation data to perform your scientific analysis; but for initial synoptic browsing, site selection, and education and outreach applications it is hard to beat the Google Earth approach.

Check out the images below, download the Tahoe Lidar Imagery KMZ file, and enjoy these amazing data. 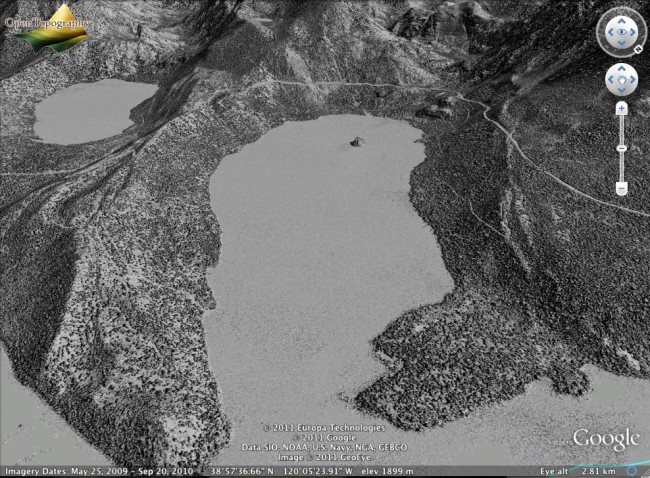 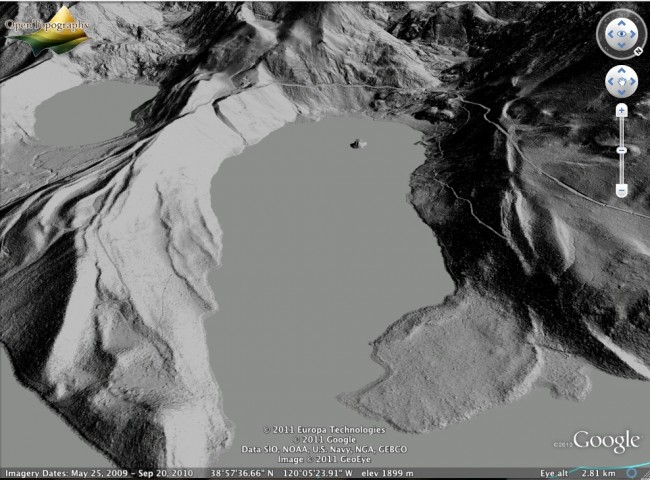 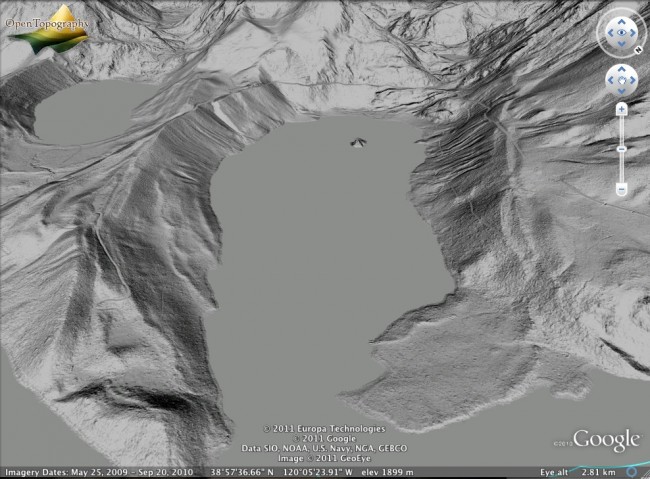 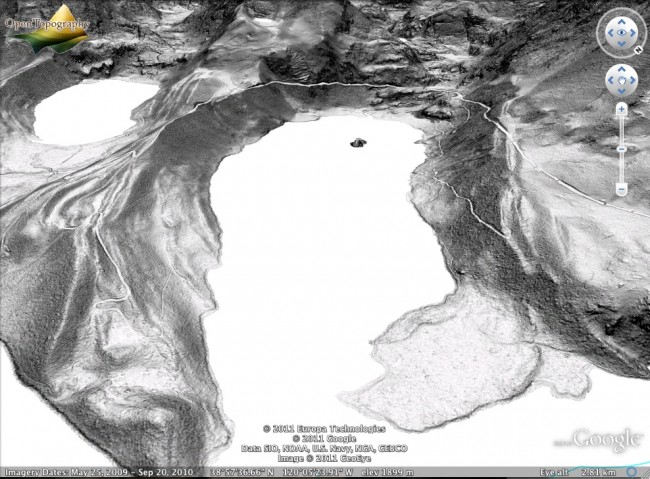 Emerald Bay. Bare earth image - slopeshade
For fun:
The famous Tahoe Fume Trail, a well known mountain bike ride on the east side of the lake is barely visible in the imagery in Google Earth: 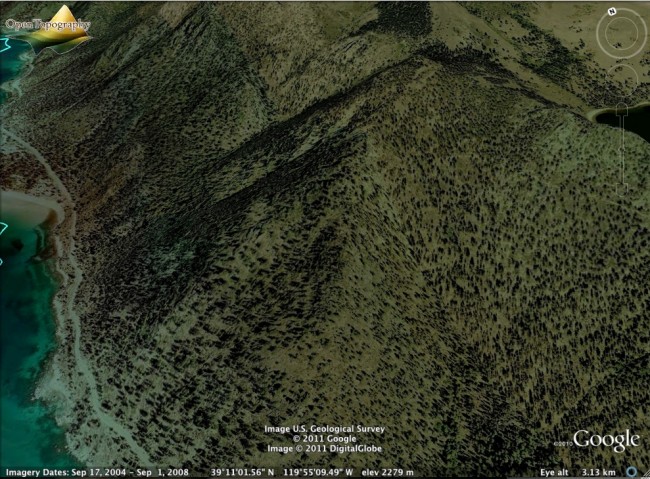 But when viewed in the slopeshade lidar imagery, the trail is visible contouring 1600 feet above the lake shoreline clear as day: 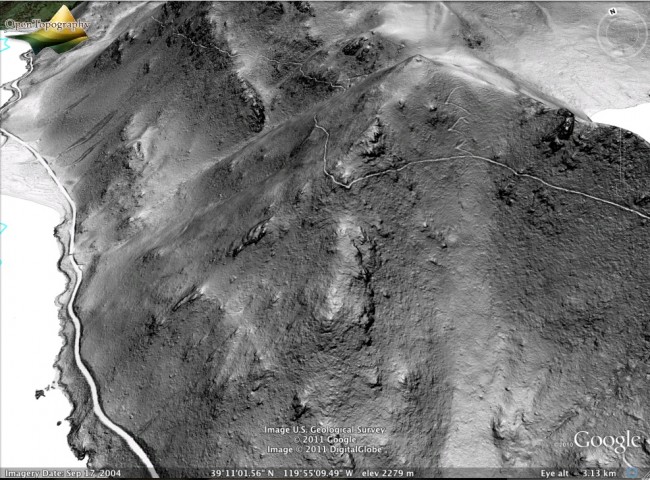