Last week, as part of the Fifteenth Annual Science-Engineering-Technology Congressional Visits Day (SET CVD) program, OpenTopography presented a demonstration of LiDAR data on Capitol Hill in Washington DC. OpenTopography was invited, along with David Phillips from UNAVCO, to participate in the event by the American Geological Institute (AGI). The LiDAR demo was part of the SET CVD LaserFest reception, in celebration of the 50th anniversary of the laser, held in the foyer of the Rayburn House Office Building. 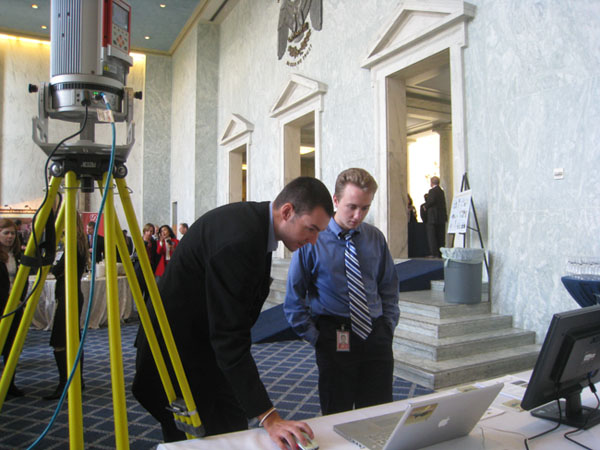 OpenTopography team member Chris Crosby shows LaserFest reception attendee a demonstration of LiDAR data. (image credit: Linda Rowan, AGI)
The LiDAR demo by OpenTopography featured visualizations of airborne LiDAR point cloud and digital elevation model data as well as derived imagery displayed in Google Earth. Highlighted were LiDAR data from the EarthScope project, as well as imagery from the January Haiti earthquake. UNAVCO brought one other their Riegl Terrestrial Laser Scanners and was acquiring scans of reception attendees and the Rayburn Foyer. The reception was attended by congressional staffers, SET CVD participants, and a select number of members of the Congress. 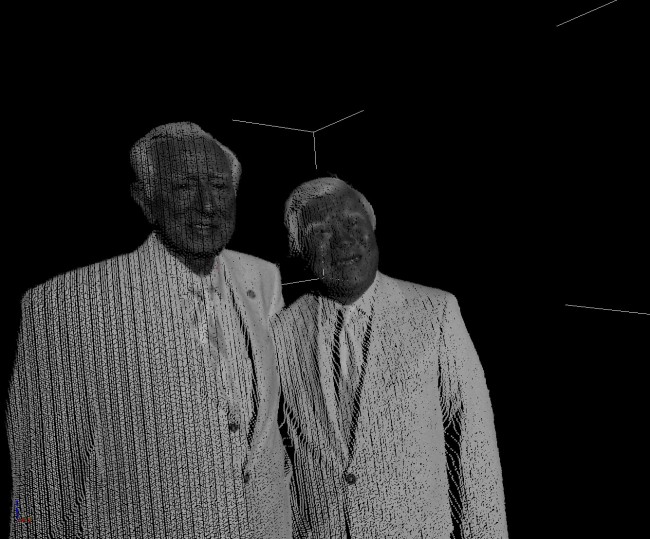 The SET CVD is an annual event organized by the Science-Engineering-Technology Working Group that brings scientists, engineers, researchers, educators, and technology executives to Washington to raise visibility and support for science, engineering, and technology. Uniquely multi-sector and multi-disciplinary, the CVD is coordinated by coalitions of companies, professional societies and educational institutions and it is open to all people who believe that science and technology comprise the cornerstone of our Nation's future. 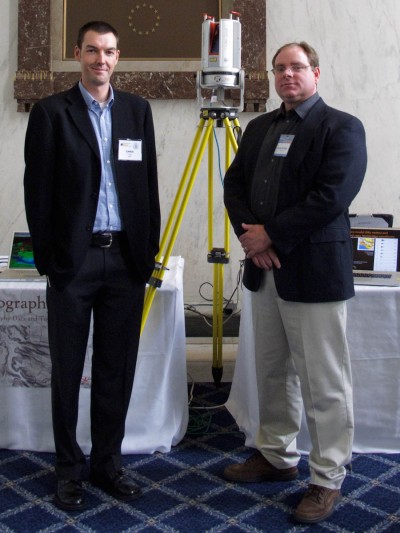 UPDATE 03/04: UNAVCO has put up a nice summary of the SET CVD event with additional images.

UPDATE 05/19 The American Geological Institute has a recap of 2010 SET CVD activities. See this gallery for more photos: http://setcvd2010.shutterfly.com/pictures/8