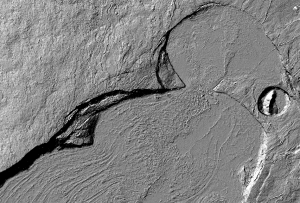 NCALM is an NSF-funded center that supports the use of airborne laser mapping technology (a.k.a. lidar) in the scientific community and is jointly operated by the Department of Civil & Environmental Engineering, Cullen College of Engineering, University of Houston and the Department of Earth and Planetary Science, University of California-Berkeley. The release of these data via OpenTopography is the product of a memoranda of understanding (MOU) between OpenTopography and NCALM to make OT the primary distribution pathway for NCALM data.

Two datasets were collected under NCALM's graduate student seed proposal program that awards ten projects per year to graduate student PIs who need lidar data for their research. Each collection is typically limited to no more than 40 square kilometers.

Boulder Creek Critical Zone Observatory dataset:
Under OpenTopography's MOU with the NSF CZOs, we will be hosting all lidar data products collected to support research at the six CZO sites. The CZOs are environmental laboratories established to study the chemical, physical and biological processes that shape the Earth's surface", and thus lidar is one of several tools being utilized. For this CZO data release, we've worked with the Boulder Creek CZO (Colorado) to ingest a dataset inside the Boulder Creek watershed during a snow-off period (August, 2010), near Boulder Colorado. The data were collected by NCALM.

US Bureau of Reclamation Upper Columbia River Basin West/East datasets:
The US Bureau of Reclamation funded the collection of airborne lidar data for stream channel assessment and potential stream restoration design in portions of the Upper Columbia River Basin. The survey was partnered with the National Parks Service, the Puget Sound LiDAR Consortium and the Confederated Tribes of the Colville Reservation. The dataset, which is divided into western and eastern components, includes areas in Washington State and the Canadian Province of British Columbia.

USGS Salton Sea Lidar Collection:
The United States Geological Survey collected a lidar dataset for the five kilometer zone around the entire shoreline of the Salton Sea. Data obtained in November 2010, at around annual lake minimum level. The goal of the Salton Sea LiDAR collection is to develop a dataset for pre-construction planning and for locating geologic features such as faults.