OpenTopography is pleased to announce the release of lidar point cloud and DEM data covering 2,775.65 km2 of the McMurdo Dry Valleys, Antarctica. Lidar was collected in the austral summer of 2014-2015 with the objective of studying geomorphic changes over the past decade. The study area includes the McMurdo Dry Valleys (Taylor, Pearse, Wright, Victoria, Mckelvey, Barwick, and Valham valleys, and Bull Pass) and nearby McMurdo Station and Scott Base. Access the dataset here. 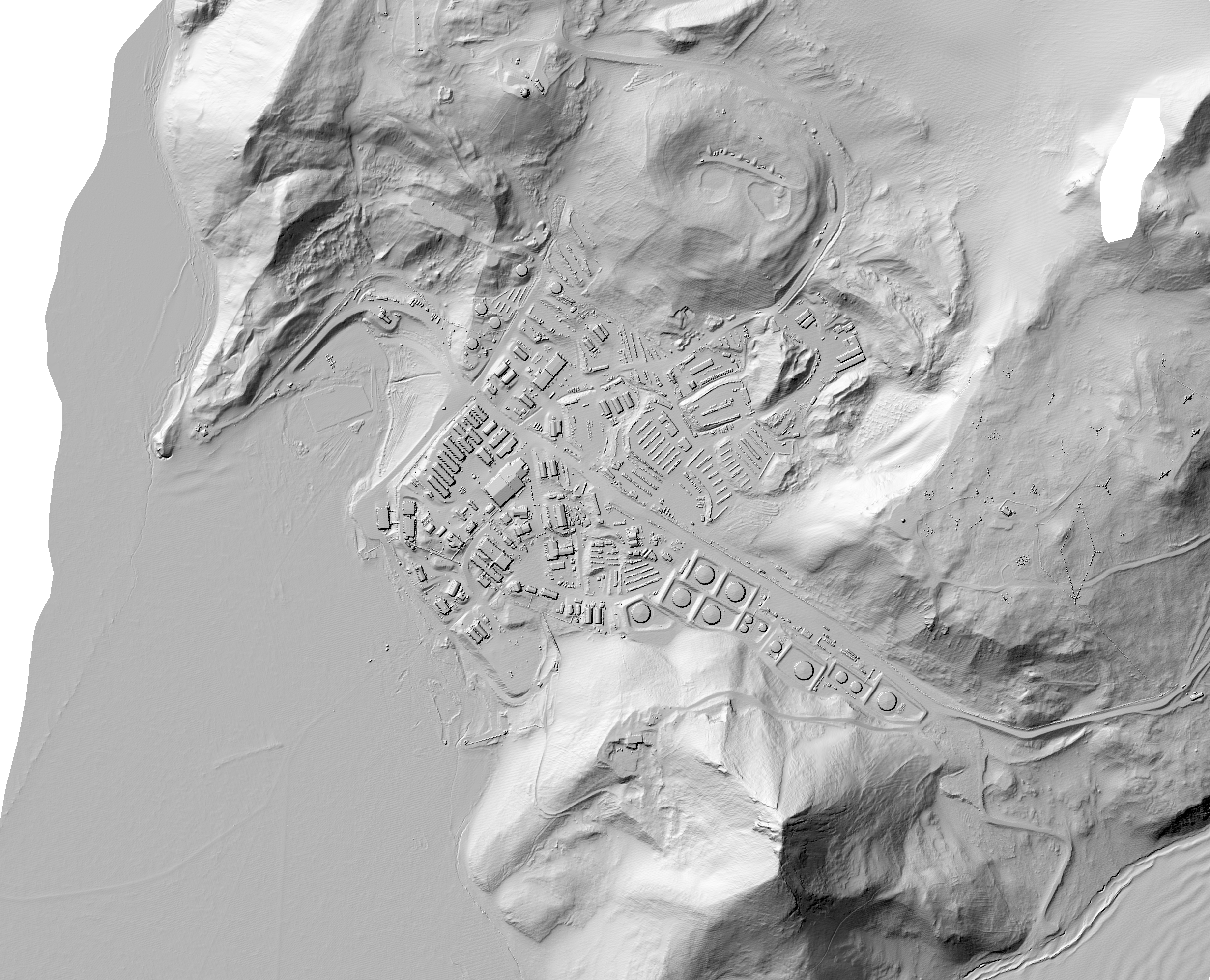 More information about the project and data are in this August 7, 2017 press release from the National Science Foundation:

Laser mapping project shows effects of physical changes in Antarctica's Dry Valleys Maps can be compared to similar observations made 13 years ago to observe changes Researchers funded by the National Science Foundation (NSF) have publicly released high-resolution maps of Antarctica's McMurdo Dry Valleys, a globally unique polar desert. The high-resolution maps cover 3,564 square kilometers of the McMurdo Dry Valleys and allow researchers to compare present-day conditions with lower-resolution LIDAR surveys conducted almost 13 years ago. Scientists from Portland State University led the new research project, which mapped the area using more sophisticated LIDAR, a remote-sensing method that uses laser beam pulses to measure the distance from the detector to the Earth's surface. Two NSF-funded facilities, the OpenTopography Facility and the Polar Geospatial Center, made the LIDAR data publicly available. A paper about the work was published in the journal Earth System Science Data. The data, collected by aerial survey missions flown in the Southern Hemisphere in the summer of 2014-2015, provide detailed topography of the perpetually ice-free region, where surprising landscape changes, such as rapid erosion along some streams, have been observed in recent years. The freely available datasets will allow scientists to get a handle on how widespread and how significant changes to the frozen landscape might be in this ecologically sensitive region. The National Center for Airborne Laser Mapping and the Portland State University team carried out the mapping during an eight-week field season, beginning in December 2015. They flew instruments aboard a Twin Otter aircraft operated by Kenn Borek Air, Ltd., under contract to NSF. Features of the McMurdo Dry Valleys are interesting to a wide range of scientists, from biologists to geologists to glaciologists. For example, the Dry Valleys are one of the few places on the massive continent -- the size of the U.S. and Mexico combined -- where bedrock is exposed, allowing geologists to reconstruct the continent's geological history from samples. The region is home to one of NSF's Long-Term Ecological Research (LTER) sites, the McMurdo Dry Valleys LTER. Researchers at the site study the extremely cold and dry habitat, which is dominated by microbial life in the soil and in unique ecosystems under at least one of its glaciers and in several of its highly salty lakes. The cold, dark environment of the McMurdo Dry Valleys is the ecosystem on Earth that most closely resembles the surface of Mars. Evidence of past glacial advance and retreat is also more easily observed in the Dry Valleys, providing a window into the past behavior of the vast Antarctic ice sheets and their influence on global sea levels. -NSF- Media Contacts Peter West, NSF, (703) 292-7530, pwest@nsf.gov Principal Investigators Andrew Fountain, Portland State University, 503.725.3386, andrew@pdx.edu

The McMurdo Dry Valleys dataset was funded by the National Science Foundation (NSF) through the Antarctic Integrated Systems Science award ANT-1246342 granted to Andrew G. Fountain, Department of Geology, Portland State University. The data were collected and processed by the NSF National Center for Airborne Laser Mapping (NCALM), and are freely available from OpenTopography. The January 2015 article, "Scanning The Horizon" in the Antarctic Sun provides additional details about the data collection. 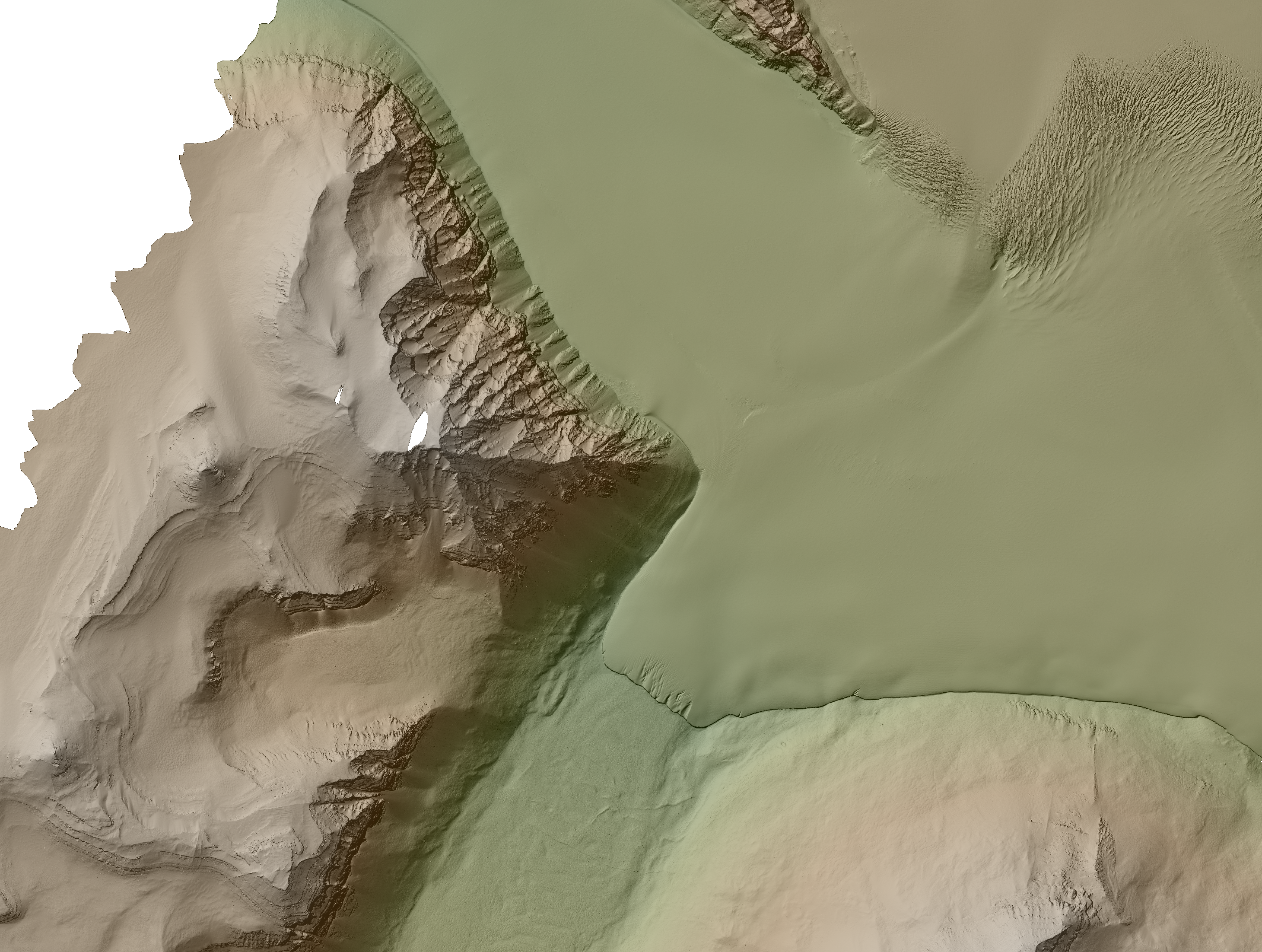 Lidar hillshade image colored by elevation showing the margin of the Taylor Glacier (top) at Beacon Valley in the McMurdo Dry Valleys.