NCALM is pleased to announce two awards supported by Optech Inc., and Riegl USA Inc. - the Kurt Frankel and Clint Slatton Awards. Information on the two awards is below. Complete guidelines and nomination forms can be found on the www.ncalm.org website. In addition, requests for nominations will also be advertised in EOS on May 7, 14, and 21st. 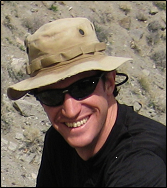 The University of Houston and Riegl USA are pleased to announce the establishment of the Kurt Frankel Award, to recognize creative and innovative research exploiting airborne LiDAR and other data, such as cosmogenic dating, for geological and geophysical research in tectonic geomorphology, or closely related specialties. Recommendations for candidates of the Frankel Award may be made by the submission of a brief summary (generally not more than one page in length) of the work for which the person is being nominated, along with documentation of the value of the work, typically including at least one published paper in a refereed journal. Recipients of the Frankel Award will be selected by the National Center for Airborne Mapping (NCALM) Steering Committee. It is anticipated that the award will be made once per year, at a time and place to be announced, and will consist of an appropriate certificate and a cash award $1000. Details on submitting nominations may be found at www.ncalm.org

Kurt Frankel was born and raised in Cleveland Ohio. He earned a B.S. in Geology at the University of North Carolina, Chapel Hill in 2000, followed by a M.S. in Earth and Environmental Science at Lehigh University in 2002, and a Ph.D. from the University of Southern California in 2007. After completing his studies at USC, Kurt joined the faculty of the School of Earth and Atmospheric Sciences, Georgia Technological Institute, Atlanta, GA.

Kurt's research focused on tectonic geomorphology and cosmogenic geochronology. He worked extensively in the Great Basin, California, Turkey, Italy, Mongolia, and the Appalachians. His undergraduate thesis described the slip of several Holocene fault scarps in Death Valley, California. For his M.S. work he developed a set of mountain front topographic metrics to quantify the long-term slip rates of normal-fault-bound mountain fronts. His Ph.D. work involved novel applications of LiDAR (light detection and ranging) and cosmogenic dating to compare geologic and GPS-geodetic rates of slip in the Eastern California Shear Zone.

During his short, but prolific career, Kurt organized field trips, co-directed two Keck undergraduate projects, chaired meeting topical sessions, served as a member and then chair of the NSF National Center for Airborne Laser Mapping (NCALM), published widely in international journals, and was in the process of building a nationally-recognized program in tectonic geomorphology.

Kurt was a field geologist who loved the outdoors. He was an avid runner, biker, and hiker. For everyone who had the honor and pleasure of working with Kurt, he will be remembered for his infectious enthusiasm, quick laugh, and devotion to his projects, colleagues, and students. He left behind his wife of two years, Stephanie Briggs, who he met and was committed to since their undergraduate days at UNC-CH. Kurt was killed during a morning bicycle ride, when he was struck from behind by a motorist. 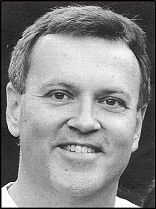 The University of Houston and Optech Inc. are pleased to announce the establishment of the Kenneth Clinton "Clint" Slatton Award, to recognize creative and innovative research exploiting airborne LiDAR, multi-scale estimation, data fusion, and statistical signal processing, for scientific, engineering, military, and management applications. Recommendations for candidates of the Slatton Award may be made by the submission of a brief summary (generally not more than one page in length) of the work for which the person is being nominated, along with documentation of the value of the work, typically including at least one published paper in a refereed journal. Recipients of the Slatton Award will be selected by the National Center for Airborne Mapping (NCALM) Steering Committee. It is anticipated that the award will be made once per year, at a time and place to be announced, and will consist of an appropriate certificate and a cash award of $1000. Details on submitting nominations may be found at www.ncalm.org

Kenneth Clinton "Clint" Slatton was born in Huntsville, Alabama on October 13, 1970. He was educated at the University of Texas at Austin, earning his Ph.D. in Electrical Engineering in 2001. He moved to Gainesville, Florida, in 2003, joining the faculty in the University of Florida (UF) Departments of Electrical and Computer Engineering and Civil and Coastal Engineering. Clint became a Co-PI for the National Science Foundation (NSF) National Center for Airborne Laser Mapping (NCALM), and developed classes in airborne laser mapping and related remote sensing techniques that attracted large numbers of students and contributed to technological advances that brought long-standing and new scientific questions within the reach of researchers at leading academic institutions and governmental agencies across the nation. Clint's research was interdisciplinary, covering the areas of remote sensing, multi-scale estimation, data fusion, statistical signal processing, lidar and radar applications. He was particularly interested in developing methods to extract the maximum information from remote sensing observations by combining observations from different technologies to exploit the complementary information derived from each. He led a vibrant research program of international renown and was an outstanding instructor and mentor who will be missed by his professional colleagues and students.

Clint Slatton was a widely respected member of the UF faculty, and in 2009, just months after his diagnosis of metastatic melanoma, he received tenure, becoming an Associate Professor in the Electrical Engineering Department. Even at the young age of 39, Clint had already established himself as an exceptionally talented researcher receiving, in 2007, the Presidential Early Career Award for Scientists and Engineers (PECASE). The award was presented to Clint and only a few other researchers from across the country, in a White House ceremony. And Clint also had received several research grants and contracts from the NSF, NASA, U.S. Army, and Office of Naval Research. Just days before Clint's death he and his colleagues at UF received approval from NSF of a grant to develop a new green laser sensor-head for the airborne laser mapping system used by NCALM to collect observations for NSF PIs. Even though he was suffering badly from his illness, Clint was excited by the prospects of the advances in science that he thought were sure to come from mapping areas of the earth's surface covered by shallow water (including streams, lakes, and coastal areas) that will be made possible by the new sensor.

For relaxation Clint enjoyed astronomy, playing guitar, watching college football, and visiting the Slatton family's Tennessee farm. But as much as he enjoyed his work and personal pastimes, Clint's greatest source of happiness was the time he spent with his wife Jennifer and their five children -William, age 9, Emma, age 6, Ryan, age 4, Jack, age 2, and Thomas, age 6 months. Clint Slatton passed away at home in Gainesville, Florida, surrounded by his family, on March 30, 2010, after a valiant 13-month battle with cancer.