OpenTopography is pleased to announce the release of four new lidar datasets. This release includes data from two airborne lidar surveys and a pair of terrestrial laser scanning (TLS) collections. The new datasets:

This dataset was collected during the summer of 2008 by Sanborn on behalf of the Teton Conservation District. The project mapped 141 square miles of area within the Snake River Range and the Teton National Forest. The area covered is west of the Snake River to the Bridger-Teton National Forest boundary, and from Teton Village to Red Top Meadows. Extensive information was collected, including vegetation data for Wildland Urban Interface projects and floodplain mapping. In addition to point cloud lidar data, OpenTopography is also providing access to one meter DEMs and derived imagery for viewing in Google Earth. 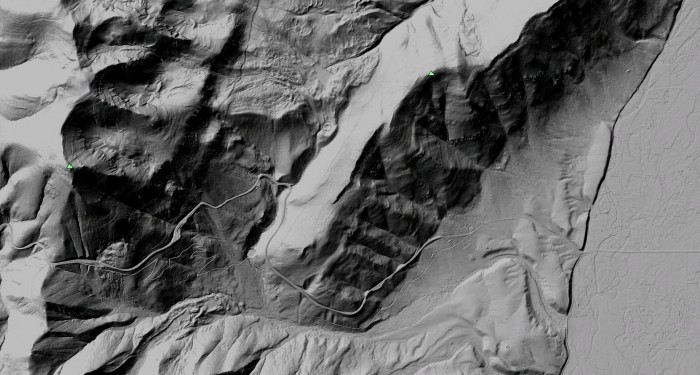 A small lidar dataset collected on October 5-7, 2006 by Watershed Sciences Incorporated for the Puget Sound LiDAR Consortium, with funding from the US Bureau of Reclamation and Oregon Trout in collaboration with the Malheur National Forest. The survey areas cover the floodplains of Desolation Creek from the mouth to Bruin Creek, the Middle Fork John Day River from just upstream of Big Creek to Summit Creek, and the John Day River from Prairie City to just above Dans Creek. The study areas total ~9,149 acres. These lidar were acquired for all the areas identified for the purpose of stream channel assessment and potential stream restoration design.

This dataset was collected by researchers at Arizona State University investigating tectonic geomorphic markers such as deflected and offset stream channels that form the basis for paleoseismic studies that aim to understand the spatiotemporal distribution of earthquakes, their magnitudes, and recurrences. This terrestrial laser scanning dataset includes a scanned stream channel that was deflected by the San Andreas Fault in the Carrizo Plain, California, as well as several paleoseismic trenches excavated across the fault at the Bidart Fan site. 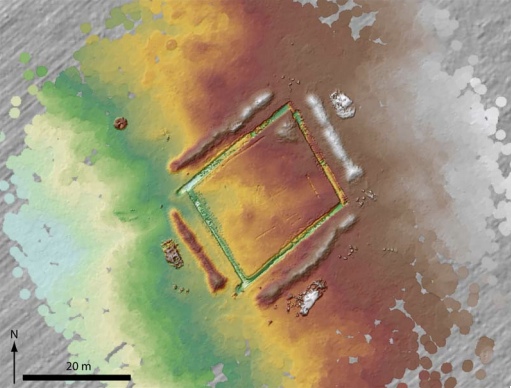 Tectonic geomorphic markers such as fault scarps of recent and historic earthquakes form the basis for paleoseismic studies that aim to understand the spatiotemporal distribution of earthquakes, their magnitudes, and recurrences. The objective of this survey was to scan a section of the 1992 Landers earthquake fault scarp to document its original form and initial geomorphic modifications (Arrowsmith and Rhodes, 1994; 2000). This survey documented cm-scale erosional landforms developed by repeated winter storm-driven erosion, particularly in narrow channels crossing the fault scarp.