New Data:
El Mayor-Cucapah Earthquake (4 April 2010) Rupture LiDAR Scan: These data cover the El Mayor-Cucapah earthquake (4 April 2010) rupture belt and nearby portions of the Laguna Salada fault, Sierras La Cucupa and El Mayor, and Colorado River Delta. They were gathered by the National Center for Airborne Laser Mapping at the request of Michael Oskin (UC Davis) and Ramon Arrowsmith (Arizona State University) in collaboration with Alejandro Hinojosa and John Fletcher of CICESE. The acquisition of these data was supported by a RAPID grant from the National Science Foundation's EarthScope Program and Office of International Science and Education, with additional support from the Southern California Earthquake Center. 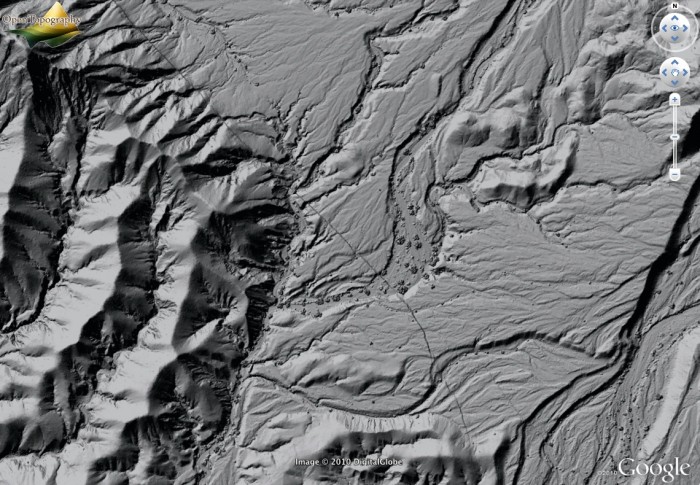 NOAA ISEMP - Watershed Sciences - Bridge Creek, Oregon LiDAR Survey, 2005: These LiDAR data were collected on September 27, 2005, for the NOAA Fisheries Service - Northwest Fisheries Science Center as part of the ISEMP (Integrated Status and Effectives Monitoring Program) for the Columbia Basin. The data collection and processing was performed by Watershed Sciences. The flight covered 122 km2 and 26 river kilometers of Bridge Creek, a left-bank tributary to the John Day River in central Oregon. The flight was used as a baseline survey for the Bridge Creek Intensively Monitored Watershed, which is nested in the broader Status and Trend Monitoring in the John Day Pilot Basin.

LVIS 2008 Sierra Nevada, CA and LVIS 2007 Greenland surveys: Elevations generated from a full-waveform LiDAR data set collected in 2007 over a portion of the western Greenland by the NASA LVIS (Land, Vegetation, and Ice Sensor) system. Nominal ground spacing for these data are approx. 20 meters. This is a sample dataset that has been incorporated into the OpenTopography Portal as part of the NASA LiDAR Access System (NLAS) project to serve laser altimetry data from the NASA space-based and the airborne platforms through the OpenTopography system. The goal of the project is to provide integrated access to existing NASA LiDAR data products, as well as on-demand processing capability, and enhanced QA/QC metrics to make these data more easily accessible and usable to a range of scientists.